You are here: Home / fearless / Roots in the Dark

Let’s talk about roots, and maybe my propensity to be a hospice house for plants. No seriously, I’m their last stop before inevitable death. I’ve killed succulents… let that sink in for a sec… succulents.

I’ve never been a great gardener and a pretty basic house plant enthusiast. My amazing husband is the exact opposite – the man could make roses bloom in the desert. More than once I’ve asked him for flowering bushes, I even came home from a work trip to a complete flower bed full of lilies and garden roses.

One day, I came home to a peony bush, my favorite flower. It took 2 years to see a bloom, but he kept watering and fertilizing this plant… it finally bloomed the third year… and it was gorgeous. That also happened to be the year we moved.

We loaded the potted plant into the back of the moving truck and made our way to South Carolina. When the frost came in winter I moved the plant to the garage and forgot about it. I finally remembered its existence in April (yikes), pulled it out and watered the shit out of it. Nothing. I watered it for weeks… nothing. The root ball showed no signs of life, and in my plant growing naiveté I determined that it died from lack of water and bought a new cutting to root.

It was Sunday afternoon and I decided to dig up the dead peony and start over… when I dug around the root ball and started to pull I heard the unmistakable sound… “snap!” … The very much still alive taproot broke in half, and I was devastated. Again in my naïveté, I thought I could just stick the root ball back in the dirt and maybe it would reattach… ha! It then festered a fungus and mites… why didn’t I just leave my jar of dirt alone? Why didn’t I just trust the process?

Because I couldn’t see it.

There are only 2 times in my life that I remember growth happening and not being able to see it… their names are Ian and Arabella. I felt just as out of control then as I did with this peony plant.

Here’s what I didn’t understand… roots grow in the winter. Did you also know that roots grow before life on the surface appears? It’s called germination. There are so many times in my life where I see the frost of winter creeping into the soil of my life and decide to squirrel away until it’s over – but that has never produced growth.

Roots do not stop growing in cold weather, in fact peonies THRIVE after a cold winter. Plants search harder for moisture and nutrients during winter while the ground is frozen or cold. Sewer pipes are magnets for tree roots because they are filled with flowing warm sludge. Water vapor escapes into the soil near the pipe.. so the crap of your life is producing strong and resilient roots.

Roots are what give you strength to weather the storm. Roots are what make you unshakable when you received the bad news from the doctor, when you have more month than you have money, or when you feel like you just can’t go on. Roots are the deep, invisible proof that you are growing – and just because your growth isn’t visible to others, doesn’t mean it’s not happening.

If you’re walking through a season where you look dead and the frost of winter is creeping into your soul – don’t hide from it, walk through it. It will produce those deep, unshakable roots that while no one can see – makes you resilient. 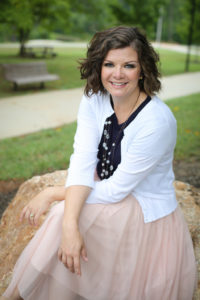 Rachel is a full time working mom, motivational speaker and writer. Wife to Ryan, and mommy to two amazing kiddos. Based in Charlotte, NC.